Showing posts from November, 2006
Show all
November 29, 2006
UPDATE: After they told me they cut my hours, they waited until about 10 minutes until we close and told me that the office is going into a "different direction," and that I needed to turn in my key, get my things and leave. Merry Christmas, huh?
5 comments
Read more
November 29, 2006 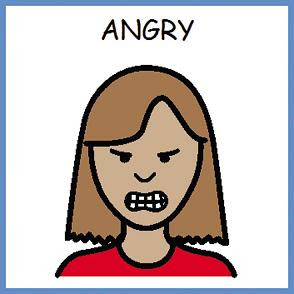 Yes, you guessed it. I am pretty angry right now. I was just informed that starting December 11, my hours at work will be cut to 12:30- 5... cut in half. Now, maybe it wouldn't have been such a big deal a few months ago, since I was about to pay off my car, and not have to worry about that payment... however, I crashed the stupid thing and had to buy a new car... which means a new, higher car payment. Also, its right before Christmas. I really didn't want to have to give out crumby presents out for Christmas again this year (last year I was going through a huge commission problem- LONG story). Anyway, so right before Christmas, and right after I buy a new car, they want to cut my hours down. Not get rid of the girl who cas come in to work drunk more times than I can count and doesn't do anything... but me. The girl who could do both of our jobs even if I lost an arm in a tragic seagull accident. I need prayer. I am one bad day away from just going postal on half
1 comment
Read more
November 28, 2006 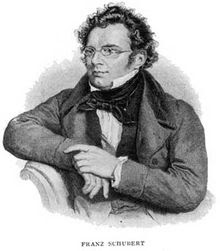 So I'm pretty stoked. I got a call last night from my former high school choir director (and current community choir director), Dr. Oster. Yes, I said Doctor. Yes- my high school choir director has his doctorate. Anyway- he called me and asked me if firstly if I was planning on singing with the community choir this year. I said yes. Then he asked me if I would be interested in singing the [fabulous] soprano solo in a Schubert piece called "The Omnipotence." I told him that I was familiar with the piece and I would love to sing the solo. It is a fantastic work, and the solo is beautiful... plus we all know that Schubert sounds great in my voice (well- now you do). Anyway- just the fact that he asked was a huge compliment, but then he had to go on saying "well I always wanted to do this piece with this group, but never had a soprano who could do the solo- but now I do, I have you !" I was ecstatic for the rest of the night. Here comes the downer part
2 comments
Read more
November 27, 2006
In light of the recent holiday season, I thought it would be appropriate to give thanks for a few things. I'm thankful for friends. I'm thankful that I'm blessed enough to have so many friends, even though it does missing them so much sometimes it hurts. I'm thankful for family. I love spending time with my family- especially on the holidays. If there's something we know how to do, its get together and eat and have a good time. I'm thankful for health. Recently I found out about the sad news of a lady that I used to work with. Her 4 year old son is very sick, and likely won't get better because he has an immune deficiency. His life expectancy has been cut into about a quarter of what the rest of ours is, and that's in the best case scenario. I'm also thankful for the ability to help them out. Pray for Tracy's family- especially her son Scotty. I'm thankful for life. I am so thankful that I can at least look back at my multitude of photogr
1 comment
Read more
November 17, 2006
Okay folks, for those of you who don't have myspace, you should try it. At least for a few weeks. Its a great way to find old friends from college, high school, wherever. Be very careful though... I'm warning you... its addictive! I've been racking my brain trying to think of a question to ask for my next installment of "what's your opinion," and I thought of one, and wrote it all out, and blogger ate it. It is gone- never to be seen again. Now I can't remember what the heck it even was. However, while I was typing that, I just thought of a new one. What do you think of age differences in relationships? Is it true what they say, that age doesn't matter? Or does it not matter as long as you click and eventually fall in love? Or are there some differences in age that are just too insurmountable? What would you think of a couple if you saw them and there was an obvious age difference? Would you think that (if it was a younger woman) that she had "
3 comments
Read more
November 15, 2006 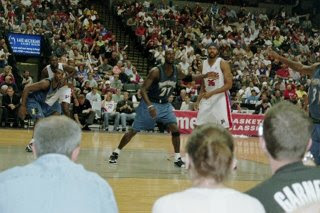 My boys go to work tonight against the New Orleans whatevers. I am stoked about this game, because they had a bad first road trip- and they need to get the ball rolling. Haha.. or bouncing in the case of basketball. Don't want to travel! The only people allowed to travel are Dwayne Wade and Lebron James. Anyway- I tried to post something yesterday, but to my frustration, it "magically disappeared." I hate when that happens! It wouldn't be so bad if I actually remembered what the heck I was talking about, but I don't... it must not have been that exciting or important. So I was telling my mom and my brother all the people I know that are pregnant (or have recently had a baby) the other day. My brother told me "well you had better get crackin' then!" Don't worry- I don't plan on having any illegitimate children. I told him that he's dumb and to shut up. No, that's not exactly what I said, but I told him that I'm not having any ba
1 comment
Read more
November 10, 2006 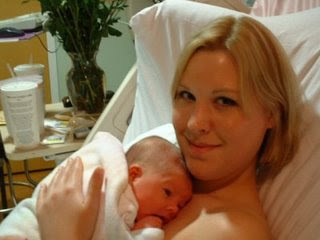 Lesley had her baby! Yay! I stole this picture from her site, because it was one of the best ones she posted. Her name is Ava Janae Babson. Same middle name as her mommy! I wanted to officially congratulate Lesley and Eric. I am so happy for them both, and wish that I was closer so I could share more in their joy. Well, now on that note, I'd like to change the subject. FYI- The Pistons play The LA Kobes tonight. A.K.A. the LA Rapers. I strongly dislike Kobe. I mean, I don't think you quite understand. I would use the word hate, but that's pretty strong. I really really really don't like him. If you haven't already, please give me your honest opinion on online dating (See the previous post) and completely ignore Amanda "Man Legs" Livezey Faz's comment. She's out of control. I have a mind full of more questions I'm going to ask your opinions on. It probably won't be anything important like politics (so sick of hearing politicians - especial
3 comments
Read more
November 09, 2006
Rasheed didn't get any technicals in last night's game! Yay! Although Rip and Chauncey both did (bunk). What is going on in my life? No word from the Private Investigator again, and I keep "forgetting" to call him. Actually, I have been forgetting, because I've had lots of other things on my mind. I may have a "date" this weekend. Good times. I also had another guy try to ask me out for this weekend. I had to tell him I had a date... plus, I'm not all that interested in the dude I ended up turning down. Oh well, such is life. I'm trying to cut down on guy drama, not add to it! I don't like dating multiple guys at once, especially ever since I actually did it and it was not all it was cracked up to be. Really- its not. Have I mentioned how much I love the show LOST?! Last night I was freaking out because it was so good. OH my gosh! Now there are no more new episodes until the beginning of the year?! I can't handle that!
7 comments
Read more
November 08, 2006 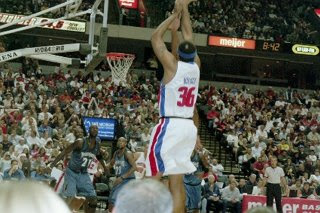 I don't care what anyone says, I Love Rasheed Wallace. I am getting more and more infuriated by the day with the new rules of the NBA. How is it that a guy can literally just move his arm and get a technical in a game, and in the same game, a guy on the other team makes the same gesture, for the same reason, and he doesn't get a technical! That is not cool! There needs to be consistency within these rules. They say they don't want to take the emotion out of the game and that guys are allowed to react in the heat of the moment. They also say that they don't want people to argue with officials. So when Chauncey reacts to a call, he gets a tech. How is that not in the heat of the moment? This is just ridiculous. The commissioner of the NBA is destroying a great game and making it political. I watch sports because I'm sick of politics. Its a game. Let the guys play! Let them make a gesture as if to say "dang it" when they foul someone or get fou
Post a Comment
Read more
November 07, 2006
So today is Election day.... why don't they call it voting day? Just curious. I need to rant about something. Last night, we were talking about voting (we being me, mom, my brother Terry who is 17). I mentioned that I needed to get online and look at the proposals to see which way I wanted to vote on them. My brother proceeded to say "Its No, Yes No, No, Yes," or something like that. Shocked, I looked at him and said "WHAT?!" He said, "that's what it is, because that's the way Rachel is voting." Rachel is his girlfriend... and she works at the state capitol. Well, I proceeded to tell him "Well, I have a mind of my own, and I'm not going to vote that way just because Rachel does! I am going to look at them and see what I really think of all of them!" Then I told him that his third one was wrong anyway, cuz I was going to vote yes on #3 because that will allow people to shoot doves. Haha. He freaked out! I don't c
1 comment
Read more
November 04, 2006
Is it possible that somehow, someway, that I forgot to mention at some point that I LOVE RASHEED WALLACE? Somehow I doubt it, so here is my reaction to the new comment I received from Mr. Mike Cline (October 25th post): Rasheed does not argue with EVERY call. Perhaps he does argue more than most, but often times when he knows it is a real call, he will in fact raise his hand and admit fault. And yes, he has a history of arguing with officials, but then again I think that is why people like to watch him too. He's a passionate player. I absolutely love watching people like him- doing what they love. He is passionate, and that is mostly what makes him a great player. If you follow the Pistons (or stones as I also like to call them... as in PI- STONES), you would realize that often after he gets angry with the officals or even if he does get a technical foul, he will often go on a run... he will hit long threes, he will go and reek havoc in the post... he is a great basketball
Post a Comment
Read more
More posts