Showing posts from September, 2008
Show all
September 27, 2008
I only watched part of the debate last night and portions of it irritated me. Here's why: People who support national health care don't realize a few things. Number one: the money has to come from somewhere. The nations that have national healthcare now pay higher taxes than we do, because one day there's not going to be a magical solution to make healthcare free. If there is a national healthcare plan that goes into effect, you WILL pay higher taxes to pay for it, because the government is NOT going to foot the bill. Next, I've known some people who have lived in countries that have national healthcare and I have not always heard good things about it. I've heard it could take a very long time to get into the doctor for a routine visit, among other things. Also, I don't know about you, but I'd prefer to have the government less involved in my life rather than more. I like the idea that I can choose my healthcare plan, and I can choose whether or not to h
1 comment
Read more
September 24, 2008
I found what Joe Biden said extremely funny: “When the stock market crashed, Franklin D. Roosevelt got on the television and didn’t just talk about the, you know, the princes of greed. He said, ‘Look, here’s what happened...’” Okay... When the stock market crashed, FDR was not the president. FDR was elected president in November 1932. I believe in 1929 he was the govenor of New York. Also, FDR did not go onto the TV in 1929... why else would there have been "The Fireside Chats" by him on the radio from 1933-1944? I also love that not long ago he was telling McCain to "Study History." Take your own advise. Think and know things before you speak. I don't care who you support in this election, that is hilarious. FDR on TV. If he went on TV no one would have elected him because he was disabled by polio. No one would have elected a leader who appeared to be weak. It almost reminds me of what a girl at work yesterday. We were talking about food, and I said som
1 comment
Read more
September 16, 2008
I absolutely had to write something about this, because a few of you who read it will want to die when you read this story. So, here it goes: Today at work, one of the supervisors was making fun of a guy's taste in music, because she apparently looked through his I-pod playlist. She said she didn't know any of it, so it sucked. I added my two cents saying "this coming from the girl who bought the latest Britney Spears CD." She responded by saying "That just means I'm more cultured musically than some people." I almost vomited immediately. I had to restrain myself, because-well, she's a supervisor and because I knew no matter what I said would go over most of their heads anyway. Since when is Britney Spears considered any sort of musical culture!? Who says to themself, "I need some culture today. I think I'll listen to "hit me baby one more time." Ugh- the thought that those words came out of her mouth in that order disgusts m
2 comments
Read more
September 15, 2008

I've been thinking of doing something new with my hair, which is one of the reasons I haven't gotten it cut in a while (its a bit longer than the picture shown on the side of my blog). I like having a little shorter of a cut, because its low maintenance... even though I have been longing to grow it out. If I do, it will probably drive me crazy and end up in a ponytail 95 percent of the time. So these are some of the pictures that I liked when I did a google search. Any opinions?!
2 comments
Read more
September 10, 2008
In case I need to be added to a list to see any blogs (Heather & Justin, and anyone else), my e-mail address is kristenlea47@hotmail.com . Thanks guys!
Post a Comment
Read more
September 04, 2008 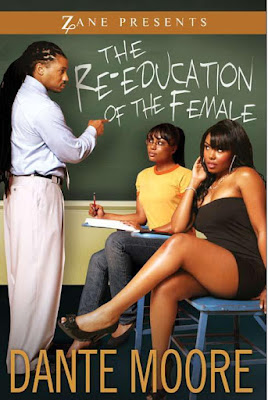 I heard about this book when I was listening to Free Beer and Hot Wings ... yesterday I think. FYI, if you don't know, Free Beer and Hot Wings is a morning show run out of Grand Rapids, but its broadcast all over the country. Check it out online http://www.freebeerandhotwings.com/ . You can also subscribe to the podcast, I believe. Here is the article about the book ( I think the book's cover is totally classy, by the way.. haha): Book advises women to 'be sexy and obey men' A self-help guide which tells women to wear sexy clothes while cooking and cleaning as well as follow men's orders has become a hit in America. By Chris Irvine Last Updated: 8:58AM BST 29 Aug 2008 The Re-education Of The Female, by first-time author Dante Moore, advises women to follow their man's orders. Despite the chauvinist opinions, copies have been flying off the shelves in the US. One piece of advice reads: "Here's a little secret, ladies. Men never really ask for any
1 comment
Read more
September 03, 2008
Ohhh.. good question Nicole! The position I was referring to is in Fayetteville, NC. And I can't get onto some of your blogs because they are private (D'Amico, Heather & Justin). If you need my email address let me know!
1 comment
Read more
September 02, 2008
Things seem to be looking good for a possible position. After my last interview, they called my supervisor for more information. I assume this is good... they probably wouldn't ask for more info if I wasn't even being considered for the position.
1 comment
Read more
More posts